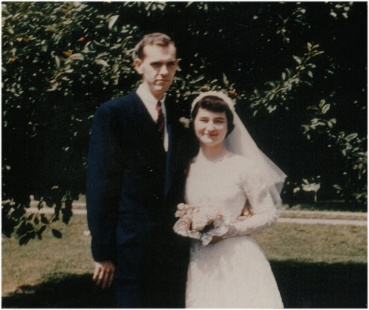 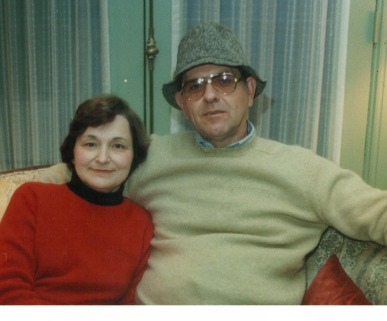 Editor’s Note: Hello Eshrinkblog readers! Today is my dad and mom’s wedding anniversary and I’m hijacking his blog to share what I’ve learned from watching mom and dad as a married couple. I learned about loyalty, respect, appreciation, but also about the secret to effective arguments and all the red flags that come from ineffective arguments between couples or even the lack of arguments: resentment, emotional distance, loneliness, etc.

But before I share my perspectives, you might check out earlier Eshrink blogs about Marriage and his Valentine (the post “My Valentine” is the winner for the most read blog post on the eshrinkblog.com network)

These are just my perspectives from watching an incredible couple grow, change, and adapt throughout their life together as a married couple while taking that “death ’til we part” thing to heart.

ARGUING with a PURPOSE

It’s been my experience that I’ve learned more from the bad stuff than the good stuff so I’ll start there. My mom and dad argued. I hated it when they argued, but they didn’t hide it, which I guess made my little kid brain think it was okay or normal. I found out later that my parents’ style of arguing wasn’t the norm. I would hear about double binds, put downs, identifying the source of the hurt feelings, owning your feelings, etc. I didn’t understand half of it, but the arguments were usually at the kitchen table and lasted a long time (at least in little kid time it seemed like they lasted a long time). Somehow, listening to those “discussions” (that’s the term they would use when I would bring them a picture I drew and tell them I didn’t like it when they argued), I learned the “action” or incident that sparked the argument wasn’t about the action at all. Rather, it was about the feelings that action generated (i.e, leaving the dirty socks on the floor isn’t about the socks on the floor it’s about inconsideration…how it can make the other person, the one who is the primary “cleaner in chief” feel like they’re not important or appreciated or their role is undervalued somehow). Mind you, mom and dad never argued about socks on the floor…but you get the gist. The argument has a root cause that is about feelings associated with a particular action.

More importantly, I got to see them make up and resolve the argument. Even if a resolution wasn’t total and complete, it seemed the argument was worthwhile in that it was not only an opportunity to share grievances openly and honestly, but it allowed them to reach a renewed understanding or different perspective. It wasn’t about who was right and who was wrong. It seemed their process actually made their bond stronger.

As for the good stuff: my mom and dad have always seemed to have a deep respect for each other as individuals and an appreciation of their differences. Mom is an artist at heart. My dad has always been more practical and technical. They were equals who were different. Not equal as in the same, but their interests and differences were equal in importance. While I would say mom and dad had traditional gender roles for the time in most ways, it seemed they supported each other in broader interests; my mom’s belly dancing classes, art classes, bowling league, her decision to start a small business, The Tortoise Shell, etc.

And even though I don’t think I ever saw my mom mow the lawn or fix a leaky faucet, I do remember my dad cooking and doing dishes when it needed done…and not in a begrudging way, but just because it needed done…to boost the other half of the unit who needed a respite (since raising four children and keeping a house is more than a full time job). As I discussed in the argument section above, I sensed they had a respect for their choice to be a married couple…respect for the unit…and had decided the whole was greater than the sum of the parts (not sure I have that quote right, but they were better/stronger together as a unit than individually).

My mom’s appreciation of my dad was always apparent to me. I would hear her brag about him to other people. She would correct people when they called him Mr. Smith instead of Dr. Smith, which would totally embarrass me. However, when she explained to me, “We worked hard for your father to get through medical school and become a doctor. He IS a doctor!” I started to understand why it was so important to her. Note the “we worked”…they shared in each others accomplishments because they did “do it together”… they built a relationship with the space for each to grow and achieve and explore. As for med school, my mom worked full time as a nurse to make sure they could get through and still have food to eat (dad’s always had a big appetite…it’s genetic on the Van Horn side of the family) haha.

I remember dad’s appreciation of mom, too, but maybe in more subtle ways (I remember us as being a genuine and authentic family…phony accolades weren’t our thing). I remember sitting at the dinner table with us four kids rolling our eyes and grumbling about the night’s dinner of cubed steak or chipped beef and gravy (shit on a shingle was dad’s name for it). Dad would go out of his way to make sure we heard him thank mom for making dinner or say how great the meal was. He also showed his appreciation for her ability to create beauty all around us…from flower arrangements, to gardens, interior design. He appreciated, not only the talent she has always had for those things, but how she continued to learn more and maximized those talents to bring beauty to everyone she touched. Later in life (back to that growing thing I discussed, dad would tap into his artistic side with the help and encouragement of mom, when he started framing pictures for her shop, The Tortoise Shell).

My mom and dad, both as individuals, but as a unit, seem to be resilient no matter what life throws at them. I’m not saying it has been easy or equitable. Sometimes one of them seems more resilient or open to change than the other, but overall I’ve noticed they don’t spend much time looking back…at least not looking back in a “good ole days” way…When I’ve noticed them look back, it seems to be to learn from the past (somehow they taught me…if you learn something about yourself or a situation when you make a mistake, then you nullify the mistake in a sense because the knowledge you gained will serve you in the future). However, there was always the caveat that we didn’t want to “overdo” this particular method to gain knowledge and wisdom 🙂

My parents seem to be in a constant change of learning and growing. I used to think people got fixed and rigid as they got older, but I’ve watched my parents continuously learn, grow, and change. New interests. New perspectives. New appreciation.

They take life as it comes and grab the happy when it comes. They celebrate the wins together. They grieve the losses together, but they never give up 🙂

Happy Anniversary Mom and Dad! Thanks for being such great parents (and saddling me with all of this liberal guilt…haha!!).

P.S LAST BUT NOT LEAST | PDA

I’ll never forget how my mom and dad would show affection for one another. As a little kid, my dad’s flirty grab of my mom’s bottom while she was fixing dinner at the counter would be met with “Smitty!” from my mom. When I was younger, I would giggle during those brief gropes and of course be completely grossed out and embarrassed for them when I was a moody teenager. Hugs were and still are in abundance between my mom and dad, discrete pats, and kisses hello and goodbye and in between have always been the norm. Keep Rockin’ Matrimony M & D!!!

Below is the card I sent them for this year’s anniversary. The perfect card for the perfect couple.