Being deeply loved by someone gives you strength.
While loving someone deeply gives you courage.
Lao Tzu

Editor’s Note: Above is a quote Eshrink found while doing research for this series of blog posts: The Way It Was (a glimpse into how he saw life growing up during The Depression and WWII). He said it might be his all time favorite quote so I decided to put it at the top of each post in this series as a reminder of the power of words and the power of love. Eshrink’s writing illustrates the power of both! In case you missed earlier posts in this series, I’ve provided links below.

Welcome to Part 10, the final installment  of “The Way It Was” (Eshrink’s memories of WWII from his perspective as a young boy growing up in Ohio). 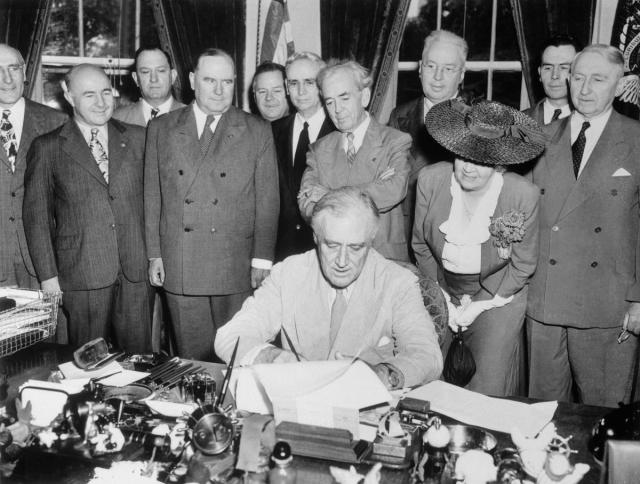 Our conquering heroes were treated as such. Many would return to their old jobs and families. But colleges, universities and trade schools were flooded with students as nearly 8 million veterans took advantage of the GI bill which paid for tuition, and living expenses for any approved college, high school, technical, or vocational school. Many universities found it necessary to erect quonset huts to handle the influx, while others opened branches in enabling some vets to commute (the latter allowed me to start college).

Low interest mortgages and business loans were made available, along with one year of unemployment compensation if needed. There were some who objected to the policy as being socialistic along with the prediction that it would encourage laziness. It turned out that this time the unintended consequences of a government policy were positive. Teachers and professors almost unanimously applauded the GI’s for their discipline, and dedication to their studies. Employers were recruiting rather than shunning veterans.

Sociologists and economists mostly agree that this massive educational effort contributed in a big way to the post war era of prosperity and to our becoming the dominant force in the world. We gained respect for not only our military prowess, but intellectual and artistic pursuits. For example, It would no longer be advantageous to study medicine in Europe, rather Europeans would now line up to study in the US. The ready availability of an educated workforce allowed us to move ahead of other countries in industrial and scientific research, and to mold our “swords into plowshares.”

Of course, we had a head start in the race for supremacy considering the fact that the rest of the industrial world was in shambles having suffered the brunt of the war’s devastation. In a rare display of good judgement, we seemed to have learned from past mistakes and decided to use our new-found prosperity to create the “Marshall Plan” which was designed to help rebuild and revitalize Europe including Germany and Italy.

This was in marked contrast to the treatment of Germany after the first World War, when they were severely punished. This was undoubtedly a major factor in causing WWII a mere 20 years later. The Marshall Plan, i.e., the general strategy of helping the countries we had just defeated, was roundly criticized by many who felt we were rewarding bad behavior. However, the rebuilding of Europe combined with a similar program for Japan has resulted in the establishment of democratic governments and prosperity for all, but most of all peaceful relations which have lasted for 70 years.

Those postwar years were full of the promise of peace and prosperity. The boys had come home, were going to school, or working better jobs. My Brother and my uncle as beneficiaries of the GI bill were the first in our family to have ever gone to college. As with millions of others, they were soon starting families, and the baby boom began. In 1948 I graduated from high school and worked briefly as a go-fer at an automobile agency, where there was a long list of people waiting to buy a new car. This was true of all kinds of items which had not been produced during the war. There was building everywhere, the economy was booming, and the future looked bright, but that euphoria was short lived when Joseph Stalin entered the picture.

Stalin was at least as ruthless as Hitler, and is said to have executed millions of his political adversaries with even more dying in his gulags as his concentration camps were called. Nevertheless, he had been welcomed into the fold as an ally after he declared war on Germany. He called himself a communist but his definition of communism involved the presence of an all-powerful dictator.

At the famed Yalta conference called to decide the fate of post war Europe, Stalin was granted control of Eastern Europe after suckering FDR and Churchill into believing he would keep his word about establishing democratic governments in those countries. His duplicity marked the beginning of the Cold War which would become more frigid with Russia’s development of a nuclear bomb in 1949. This led to the policy of “mutually assured destruction” (a.k.a., a Mexican standoff) and the construction of backyard bomb shelters, air raid drills in schools, and teaching kids to sit under their desks…as if that would do any good in an atomic bomb attack. 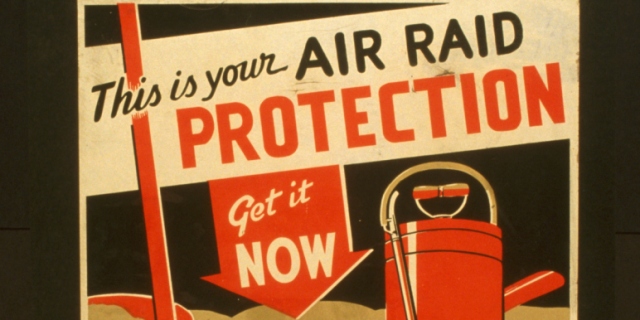 It should come as no surprise that since I am a psychiatrist I might have some interest in human behavior, Although you could legitimately question if some of our world’s worst tyrants mentioned in this paper are really human. As a teenager during that great war I was subjected to a lot of news of the atrocities carried out under the direction of these people who at first glance would seem to be free of a mental illness. One of my friends had occasion to spend a great deal of time with Saddam Hussein following his capture. He was surprised to find him quite personable. In one of their conversations Saddam stated that he acted as he did because it was necessary to save his country. I am left to wonder if he really believed that, and if is such a rationalization is common among Tyrants.

After endless years of speculation as to what makes these guys tick, they remain a mystery to me. We psychiatrists are well versed in labeling various conditions, but not so good at finding causes. I am aware and concur that power corrupts, but still after those years of mental gymnastics I remain perplexed as to how these otherwise apparently normal people can do such evil deeds. Even more puzzling is how they are able to convince masses of people to follow their lead and participate in the torture and murder of others. 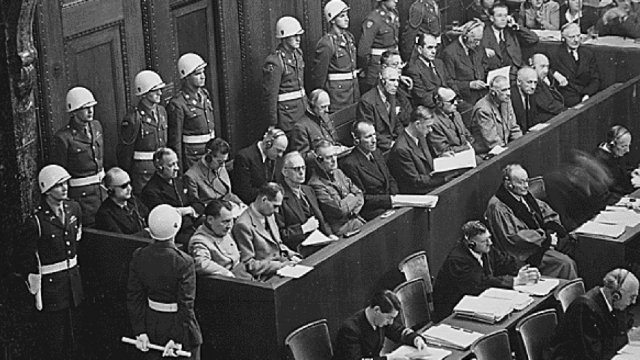 With the end of the war members of the Nazi hierarchy were rounded up and charged with “crimes against humanity.” I was 16 years old and found time to follow the trials in Nuremberg in spite having recently found the love of my life.

There apparently was some effort to learn something about these guys for I recently found they were all given Rorschach tests (these tests are now discredited by many). Herman Goering was second in command in Germany under Hitler, and I recently found a transcript of his testimony.  He was surprisingly open about the operation of his government and freely discussed the operation of the concentration camps and how adversaries were ordered to be killed by the SS or Gestapo. He was sentenced to be hanged, but managed to have cyanide smuggled in and killed himself.

Although, I knew the story of Goering’s suicide it was only recently that I learned there was a very interesting and strange sequel to the story. Goering had been examined by an Army psychiatrist by the name of Lt. Col. Douglas Kelly. He apparently shared some of my curiosity as to what made these guys the way they were. He is said to hope he would be able to identify what he called a “Nazi personality” which could be identified before such bad guys could come to power. From the story it sounds as if he was suffering from a serious mood disorder, which must have gone undetected by the army. In any event, after a minor disagreement with his wife he ingested cyanide and killed himself in front of his wife and children a la Goering.

True to the Biblical prophecies we have continued to “hear of wars and rumors of wars.” I was one of the lucky ones for my brief stint in the Navy was in between wars. It seems I will go to my grave with no understanding of why we do what we do to our own species. I have some ideas, but none seem to make sense. Perhaps we should add another diagnostic category called evil people to our diagnostic manual.

Thanks for the Memories

On this cheery note I leave you all to ponder those ways of the world which are beyond my understanding. I do want to thank Peter for suggesting this topic. The reminiscences have been fun, and as I have mentioned before that is the thing we old folks do best. It has also reminded me to be grateful for having been born in a time and place where I was loved, and for the good fortune that has accompanied me all these years.