Being deeply loved by someone gives you strength.

While loving someone deeply gives you courage.

My son Peter, the history buff, has requested I write something about my childhood with emphasis on my remembrances of World War II, and events preceding it.  He believes others may be interested in that subject in spite of the millions of chronicles already written of those times he suggested that I do my own version in a blog with emphasis on the experience of growing up in that era.  The most impressive oral histories of the thirties were carried out by the Federal Writer’s Project a division of the Works Progress Administration (WPA) under the auspices of one of Roosevelt’s New Deal creations.  Although designed to chronicle the travails of ordinary people living during the depression, it is best known for the verbal histories of former slaves.  Those manuscripts now repose in the library of congress. 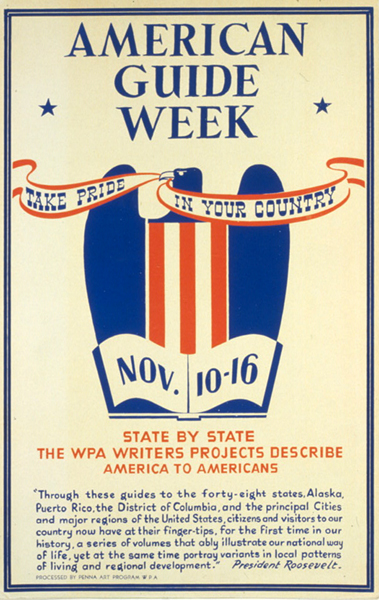 It is true that much of recorded history had its genesis in oral accounts passed on from one generation to the next.  It is also true that it has been shown that memories are frequently distorted, and further colored if they are passed on verbally through a series of listeners.  In an article on oral histories published by History matters, the impetus for verbal history taking is outlined as follows: “…..for generations history-conscious individuals have preserved others’ firsthand accounts of the past for the record,  often precisely at the moment when the historical actors themselves, and with their memories, were about to pass from the scene.”  I can only hope this was not Peter’s motivation in encouraging these reminiscences for I am not ready to “pass from the scene!”

In my own case, I often thought of events which occurred during my father’s lifetime and regret that I didn’t encourage him to talk more about his childhood.  My father was born in 1904 just 10 years prior to the onset of World War I.  It would have been interesting to compare notes for I was born 11 years before the onset of the next “great war to end all wars” and arrived only a few months following the Stock market Crash of 1929 which ushered in what came to be called The Great Depression.

My parents had little to lose when The Depression hit, but what they did have was gone.  Dad had grown up in poverty, with an alcoholic father and a long-suffering mother whom he adored.  He had quit school in the 8th grade, and went to work as a common laborer in order to help the family.  He had three sisters and an older brother, who was rather passive by nature. My dad became the adult in charge, a role which he would occupy the rest of his life.  One of the more poignant stories of his childhood I remember was his explanation of why he was fixated with having eggs in the refrigerator.  He told me that when he was a kid, his mother sent him up the alley to the neighbor who kept chickens with a penny to buy one egg.  He was embarrassed and vowed to always have plenty of eggs when he grew up.

My mother, by the standards of the day, was well educated having spent a year at a local “business collage” learning secretarial skills which she would never utilize.  Although her father (one of my favorite people) was relatively uneducated, he was a strong believer that women should be able to “stand on their own.”  I suspect that for her time she would have been considered liberated. 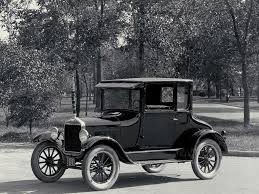 I recall seeing a photo of her standing beside a Model T Ford that she had been driving that she had rolled over on its top.  In those days, for a woman to be driving a car would have be en unusual if not scandalous.  That experience must have left her shaken for she would never drive again and her back seat driving performances were legendary.  In similar fashion, she would cede much authority to my father while firmly retaining control of her department, i.e. keeping house and raising kids, a very common arrangement at the time.

Their marriage began well and a year later my brother was born, an event which was followed three years later by the greatest financial crisis in the country’s history.  As a wedding present mom’s father, a carpenter, had provided them with the labor to build a house.  Shortly after that fateful day in 1929, dad lost his job and subsequently the house was repossessed.  To make matters worse, a year later I entered this already complex picture.  I am told that I was welcomed although I am sure another mouth to feed was one of the last things needed.  Just as my kids have endured the repetitive nature of my stories of their early life, so have I endured the following story of my birth hundreds of times.

I was born in what was called Dr. Wells’ hospital located in the village of Nashport, the name originating from the fact that Mr. Nash had settled the area as a port on the Ohio canal in the early 19th century.  To call the facility a hospital was a bit of an exaggeration even in those days for it consisted of an extra room attached to his office.  Nevertheless, Dr. Wells must have been a progressive practitioner who had abandoned the practice of home delivery in favor of modern facilities.  In my mother’s case, he even offered her the choice of anesthesia, and my father confidently volunteered to “drop ether” (a term used by anesthesiologists for inhaling ether as an anesthetic).

Fortunately, mother and I both survived the procedure which was reported to have been difficult as I weighed in at 13 pounds and have been told I was “long and skinny,” a term that would be used to describe me throughout my childhood.  Dr. Wells is said to have remarked “look at those ears, he is a little Spinney.”  Spinney was the nickname of my Grandfather who was famed for the large ears which protruded from his skull at right angles and were probably made more noticeable by the irony that he was significantly hearing impaired.  I know little of what happened in my earliest years, but it is certain that there will never be a plaque on the door of Dr. Wells hospital commemorating it as my birthplace for the building was later razed and the village was moved to higher ground in order to make way for a flood control project.

My family’s history for the first few years of my life is hazy, but I did learn that they had moved frequently during my toddler years.  Whether this was due to evictions or looking for a better deal I can’t say.   Alfred Adler a Freudian psychoanalyst placed great importance on our first memory stating: “The first memory will show the individual’s fundamental view of life, his first satisfactory crystallization of his attitude.”   In my own case, this pronouncement may ring true for my first memory was of my introduction to Crackerjacks while watching a baseball game in a bleacher with my parents most likely around 3 years of age.  Indeed, I see it as a prophecy of my life to come, which has largely consisted of a search for the toy hidden among the tasty morsels of everyday life even though the occasional unpleasant experience of biting down on a kernel which hasn’t popped, is inevitable.

There is another pleasant memory of that time-period which competes with the Crackerjack story for first billing.  The standard tool for mowing lawns in those days was the person powered push mower with its rotating blades which could be disengaged by turning the mower upside down.  The incident must have occurred when I was less than 4 years of age based on the timeline of where it occurred, but the memory remains clear.  My Father had placed his folded coat on the mower and I was sitting on it as he pushed it down the sidewalk.  Of course, at the time this was simply a fun time for me, but later I would learn that he was cruising the neighborhood soliciting lawns which he could mow.  I now suspect that my presence may have been designed to add to the pathos directed at potential customers.

The remainder of my preschool years as you might expect are clouded and I have no way to place these in any logical sequence.  In retrospect it is clear that some of these experiences related to the extreme stresses under which my parents labored.   It is clear that we were very poor and at times they were desperate for food, a fact of which I was blissfully unaware.   In recent years my brother reminded me of times when our parents did not join us at the dinner table and chose to eat later.   Since no one had money, food was cheap, and farmers had little incentive to produce more than they could consume.  City dwellers with backyards planted vegetable gardens, and Mothers learned to preserve the produce by drying or canning them.  An apple tree in one’s yard became a valuable asset.  Even some city dwellers kept chickens in their yard which were carefully guarded lest they become someone else’s dinner.

There were occasional distributions of food via the local “relief” organization, so named as part of FDR’s Federal Emergency Relief Organization.  Food was distributed at regular intervals at the local relief office.  At a time when independence and the ability to “paddle your own canoe” was valued it was embarrassing to be seen standing in the long lines when it was announced that food was about to be distributed, and many chose to suffer hunger rather than to be known to be “on relief”.  The type of food given must have depended on whatever was available to the states at any given time for I recall my Father, having braved the disgrace, coming home with a huge bag of rice.  Mother was talented at finding innovative ways to prepare food, but in spite of her best efforts the steady diet of rice dishes for what seemed like eternity to a kid, left me with an abhorrence of rice that took me 50 years to overcome.

Stay tuned for the next installment of “The Way It Was” where Eshrink gives us a glimpse of the camaraderie between his dad and his friends as they searched for work each day during the Great Depression of the 1930s; conversations overheard about survival, politics, world affairs, and morality; and the close call that almost ended his life.