Today, I along with over a hundred million other spectators will be tuned into watch “the greatest show on earth” (sorry Mr. Barnum).  The hype surrounding the Super Bowl leaves the World Series choking in the dust.  The gladiators will soon suit up and attempt to overwhelm their adversaries.  Many will be extremely large men, who in spite of their size will prove to be quite agile. They, along with others, will demonstrate remarkable physical attributes with innate athletic ability, enhanced by intensive training.

This is not a profession in which passivity is tolerated; consequently, most if not all, have a long history of having been trained to become more aggressive.  Their apprenticeship usually begins when they are little more than toddlers, and progresses through high school.  The most talented go on to play in college, but only a very few of those make it to the “pros.”  Since sports programs are now organized at much earlier ages, talented kids can be identified much earlier, and learn they are “special.” 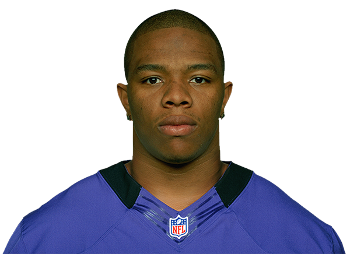 This has been a bad year for football in general and the NFL in particular.  The video of Ray Rice dragging his girlfriend out of an elevator as if she were a sack of potatoes after sucker punching her unconscious led to a public relations disaster further aggravated by the commissioner’s slap on the wrist.  This resulted in even more public outrage, and an indefinite suspension was ordered but rescinded following Rice’s appeal. 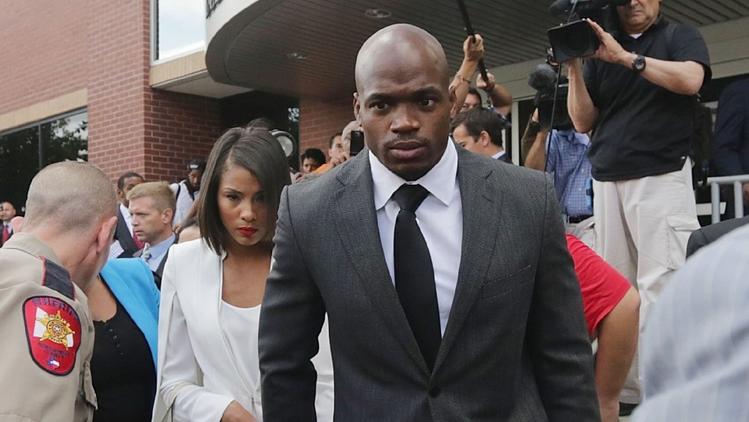 The smoke had barely cleared before Adrian Peterson, another super star, was accused of child abuse after reportedly having beaten his four year old son with a stick severely enough to draw blood.

Of course these incidents occurred within the backdrop of Aaron Hernandez, a Patriots player, who is on trial for murder connected to the June 2013 death of Odin Lloyd.

Most would agree that football is a violent game in which serious injuries are not uncommon.  There have been serious attempts to minimize the problem; however, with the increase in size and speed of players, the forces exerted when two such bodies collide at full speed can be horrendous.  Many, if not most who have played for very many years, have experienced reparative surgery of some kind.  Violence is not only tolerated but encouraged.  Television commentators comment approvingly of a “hard hit.”  The late Jack Tatum was lauded as a “hard hitter“ and nicknamed  “the assassin” until  one of those hard hits left 26-year-old  Patriots receiver Darryl Stingley quadriplegic in 1978.  Stingley died from health problems caused by quadriplegia at the age of 55 in 2007.

Pregame and half-time speeches are designed to nurture and enhance aggressive behaviors.  The so called fight song of my alma mater, Ohio State University (OSU), includes the phrase, “Hit them hard and see how they fall.”  Our venerable OSU coach, Woody Hayes, is said to have studied the tactics used by famous generals throughout history to formulate strategies for his game plans.

The most serious and far reaching problem of all is fortunately now gaining the attention it deserves, and affects participants of the sport at all levels.  That of course is the revelations regarding the long term effects of concussions.  A long list of retired veterans of the NFL have shown up with evidence of some type of pre-senile dementia which has been attributed to recurrent concussions.  This revelation should not have been surprising since the punch drunk boxer syndrome has been with us for a century.

There had been concerns about head injuries for at least a hundred years, and the fairly obvious solution was to protect the head.  When I was in high school the protection offered was little more than a helmet made of leather with some padding. (Link to the Evolution of the Football Helmet from The Smithsonian)

In fact, helmets weren’t even required until 1943. Conventional wisdom would suggest that a more rigid padded helmet would offer much more protection, thus the plastic helmet was born in the 50s.  It was not long until heads protected by these rigid coverings were used as weapons, and the number of concussions seemed to increase as tacklers learned to lead with their heads.

Brains are very fragile and are protected by floating in a bath of cerebrospinal fluid, which in most instances prevents it from being damaged by sudden movements which could cause contact with the inside surface of the skull.  When very rapid movements are stopped abruptly this protection can be overcome and the brain may be bruised by being slammed against the skull.  This results in the development of the symptoms commonly seen in concussions.  Researchers postulate that repeated, such episodes eventually result in permanent brain damage.

The rules makers have attempted to deal with the problem by adding rules against helmet to helmet contact or so called spearing with their head.  It seems to me; however, that the nature of the game is such that these so called contrecoup injuries cannot be completely eliminated by such rules.  Another well  known danger to players is the face mask which can be deliberately or inadvertently grasped by an opposing player.  Of course this is a rule violation but I doubt that the player with a broken neck would feel that a 15 yard penalty would be exactly proportionate.

Yes the NFL has a few problems, but I would not write them off for now.  Any organization which can convince 70 or 80 thousand people to travel great distances, pay thousands of dollars to watch some mayhem should not be underestimated.  Add to this a few hundred million bucks from their broadcasts, and royalties from the sale of all kinds of clothes and trinkets, and soon you may be talking real money.  It must also be gratifying to have free almost limitless advertising from the various sports talk shows.  But the shrewdest move of all has been their ability to get others (often we taxpayers) to pay for the venues in which they can display their gladiators. The draft system is guaranteed to provide some parity over the long hall to keep those loyal fans returning, but even the losing teams will share in the wealth by getting their cut of the proceeds.

That vaunted PR machine has already swung into action in order to ameliorate some of the bad press.  They have partnered with an advocacy group to let us know they are not in favor of domestic violence, and  I understand their will be a very impressive public service ad during the game to further convince us that such behaviors are unacceptable.  The news networks have interviewed many experts who are convinced that deflate gate is a red herring, and that all those coaches and players are totally committed to playing by the rules.

The concussion problem may not be as easy to extinguish, and I hear that some biddy league and high school coaches report they are noting that fewer kids are trying out.  Parents are increasingly concerned, and when the legendary football guru iron Mike Ditka announces that he would not allow a child of his play football, there is cause for concern.

As for me, I love to watch the game, but I don’t know why.  Is it the beholding of the skill of these marvelously conditioned athletes, or is it a toned down version of what those Romans went to see in the coliseum?  In any event, I will be there in front of that screen rooting for my team.  I still haven’t decided which that will be, but when I do those warriors I have selected will be fighting for me.  Go Bucks!