The other morning I awakened to a pleasant surprise. CNN had someone on the screen other than Donald Trump. Jimmy Carter was holding a news conference about his illness and plans for the future, a future that one could safely assume was rather limited since he acknowledged that he was about to undergo treatment for a melanoma with cerebral metastases.

As a cancer survivor myself (see: THE BIG C AND ME) I felt my admiration grow even more for this man who had always been my hero. This 91-year-old man of unshakable faith, showed no bitterness or self- pity, but was determined to carry on with his life’s work as long as he could function. His response to questions about how he felt about his illness was typical Jimmy Carter: “I will hope for the best and accept what comes.”
As I considered the accomplishments of this person who had come from inauspicious beginnings as a peanut farmer in a small town in Georgia, a feeling of awe came over me. As a young man he left the small town of his childhood to attend Annapolis, bent on a career in the Navy. Subsequent to that, he attained an engineering degree and was involved with Admiral Rickover in the development of nuclear submarines. After returning home, he not only was elected governor of his state and then to the highest office in the land, but won a Nobel Peace Prize after negotiating a treaty between Israel and Egypt that may have saved thousands of lives. It would also seem unlikely that a son of the deep south would become an outspoken foe of bigotry and a strong supporter of human rights throughout the world, but he did. A failed attempt to rescue American hostages in Iran is said to be responsible for his defeat for a second term as president.

Mr. Carter’s presidency was labeled by many as a failure, and his many achievements in economic and foreign policies have been largely ignored. His integrity however has never been challenged. His fulfillment of his promises to “never tell a lie” and to “never avoid a controversial issue” did not enhance his popularity, for as any successful politician will admit, truth telling is not a winning strategy in the political arena. His successor however could have used the tune “don’t worry, be happy” as his theme song.

The loss of his presidency would prove to be the beginning of even greater exploits. Most ex-presidents build libraries which are more like monuments to themselves. They seem to be very concerned about their legacy, which shouldn’t surprise us, after all those with weak egos are unlikely to ever make it to the top spot. Mr. Carter; however, used his monument as a platform on which to establish a center to “wage peace, fight disease, and build hope.” He did confess in his news conference that he has cut back his schedule somewhat, but still plans to remain involved in The Carter Center’s operation. When asked about his most fervent wish, he replied “to outlive the last guinea worm.” For those not familiar, the guinea worm has been a prevalent cause of much suffering throughout many parts of the world and has been almost totally eliminated through the efforts of the Carter Center.

Not only was I impressed with his vigor and enthusiasm, but by his abiding concern for issues he obviously considered more important than his own. Now I ask you, how could you not love a guy like that? For me, listening to him was very emotional. I experienced an intense feeling* of respect. A few days later, a grandson happened to be visiting and we were discussing my blog. As reigning patriarch, I have issued a hard and fast rule that all family members must read this stuff whether they like it or not. Accolades are appreciated, but not required. On the other hand, those who are critical should expect to move down a notch or two on the Christmas gift list. After successfully passing the quiz on the contents of my last blog (although not a fan of Ronald Reagan, I do subscribe to the trust but verify policy) he went on to suggest that I do an essay on success.
Since both my grandsons are beginning their senior year in college, I could understand why such a topic might be on their minds. I also felt the topic particularly serendipitous due to my recent encounter with Jimmy Carter. An analysis of his career brings up the problem of defining exactly what we mean by the word success, and how do we make that judgment? What do we mean when we say a person is a success or a failure? Does it make any sense to make such all encompassing judgments about people since the inconsistent conclusions arrived at by those who are judging would seem to prove that such distinctions are quite subjective. Is success like many other things in life in the eye of the beholder?

There generally seems to be a consensus that Carter was the most successful ex-president in our history, but the agreement ends there. As to the rest of his life, there are those who applaud and those who consider him a failure in many ways. One could say that his political career was a mixed bag. He lost his first bid for governor of Georgia, and his 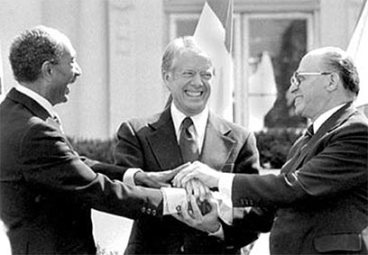 reelection for president. His presidency was mired by so called “stagflation” for which he was blamed by some while others gave him credit for initiating policies that got the economy back on track. I believe most historians would agree that the negotiated peace treaty between Israel and Egypt was his most laudable success. In spite of this, he was accused of anti-Semitism for his book on Israeli politics: “Palestine Peace not Apartheid” in which he presented the Palestinian side of the story.

With this in mind one must conclude that the distinction between success and failure very much depends upon one’s values. Those of us of a more liberal position are more likely to judge Mr. Carter as a successful person than those of a different political persuasion. Our success in competitive activities such as sports can be more easily determined by winning. We also have developed tools, even though crude, to help us measure academic success. In business, success is generally measured in terms of profits generated, but we have no way to assess the most important facets of life such as honor, compassion, fidelity, fairness, integrity, parenting, and citizenship to mention a few.

The term success is usually viewed favorably by society, but can also have negative connotations. The most succinct definition I could find was “the accomplishment of an aim or purpose”. Obviously if that goal is nefarious in nature the accomplishment will not be viewed in a positive light. For example there are successful criminals, con-artists, and other asocial people. There may also be an issue with the means of accomplishing the desired goal. There may be not only illegal but unethical factors contributing to an individual’s success. Unfortunately such behaviors are many times ignored as successful people are often idealized.

Is the Key to Success Linked to the Courage to Fail?

With all this in mind I have come to the conclusion that each individual is the only one who can judge his success. Of course we need to set goals if we want to be successful in reaching them, but if the goal is to leap tall buildings in a single bound our chances of success are diminished. I have known people who are reluctant to set goals for themselves presumably due to fear of failure. I can only assume their life must be very boring. Success requires risk, and one must be prepared to accept failure for in spite of our best efforts we will not always succeed. It is said that many of the most successful people throughout history have had multiple failures prior to achieving their goals. In my own case, although I have never aspired to lofty goals, I figure my success rate to be about one success for every 10 failures. It is therefore logical that success usually requires a certain amount of determination, and the ability to not be dissuaded by failure. It also lends credence to the age old admonition: “If at first you don’t succeed, try try again.”

Flexibility in interpreting results may also be helpful. At times it may be necessary to revise or reframe one’s expectations. There may be unintended consequences of reaching one’s goal which may exceed or diminish expectations. If a goal is not attainable, it may be possible to modify it in such a manner that one can still enjoy the feeling of success. I have a brilliant close friend and colleague who has written much about psychiatry both for lay and scientific consumption, most of which has remained unpublished. I sense that he thus feels as if he is a failure even when I point out to him that he has been successful in producing thoughtful extremely well written material, and further remind him that his judgment is at least as good as the editors who reject his writings. It is always dangerous to allow someone else to be in charge of one’s self-esteem.
Most successes go unnoticed so it is important that we acknowledge our successes to ourselves. Patting oneself on the back does not necessarily denote arrogance, and will help us develop the confidence needed to pursue more successes. Failure sucks, but even an occasional success will rid us of that feeling. Mankind has undoubtedly been motivated by the search for that feeling one associates with reaching a goal.
At this point in my blogging career, I find it necessary to modify my goals for success. I have come to accept that my writings will not be appearing in the New York times, be going viral or be considered for a Pulitzer Prize; consequently my quest for fame and fortune must end. To that end, I will reread this thing and convince myself that it is worth reading, and crown myself a success.

*One of my friends who reads this stuff has questioned my definition of respect as a “feeling” in my last blog . The highlighted word is for her.